I am holding degrees Dr. habil. in psychology and Ph.D. in philosophy. Currently I am an associate professor of the Jagiellonian University, who is affiliated within the Copernicus Center for Interdisciplinary Studies. I also serve as a head of the Copernicus Center Lab at the Priority Research Area “FutureSoc” under the Excellence Initiative—Research University at the Jagiellonian University. Generally, Generally, I work within cognitive science, namely interdisciplinary studies on mind/cognition, and particularly within cognitive psychology. First of all, my research focuses on the question “where mathematics comes from,” in particular how our minds acquire, process, and create mathematical structures. I am interested in both numerical and geometric cognition. Recently I investigated the cognitive foundations of geometry within the research grant Mechanisms of geometric cognition, awarded to me by the National Science Centre, Poland (2016-2020). Recently my new book entitled Foundations of geometric cognition was published by Routledge (London-New York, 2020). In 2013 I completed my Ph.D. dissertation about the structure of nuerocognitive theories, on the basis of which I prepared a book Wyjaśnić umysł: Struktura teorii neurokognitywnych (Explaining the mind: The structure of neurocognitive theories; unfortunately it is available only in Polish; Copernicus Center Press 2013 and newer editions). I continued this research as assistant professor at the Section of Cognitive Science of the IPS PAN (Warsaw), under the project Cognitive science in search of unity: Unification and integration of interdisciplinary Research (PI: Marcin Miłkowski). In particular, I co-edited a collection entitled The Concept of Explanation (Copernicus Center Press 2017) and special issues of Synthese (with Marcin Miłkowski) and Theory & Psychology (with Marcin Miłkowski and Przemysław Nowakowski). So far I have published my research in journals such as Psychological Research, Frontiers in Behavioral Neuroscience, PeerJ: the Journal of Life and Environmental Sciences, Frontiers in Psychology, Foundations of Science, Journal of Computational Neuroscience, Theory and Psychology, Scientific Reports. I am member of European Society for Cognitive Psychology (ESCOP), Mathematical Cognition and Learning Society (MCLS), Commission for Philosophy of Sciences of the Polish Academy of Arts and Sciences, and Polish Society for Cognitive Science. My research efforts were awarded some scholarships and prizes (see below). I co-translated some scientific books into Polish (by Pat Churchland, Joseph LeDoux, and Stephen Kosslyn) and consulted some translations. I am strongly involved in the popularization of science. I published approximately 50 popular-science articles, and I am permanently collaborating with two the most read and prestigious Polish weeklies, namely, Tygodnik Powszechny and Polityka. I am also a member of the Council of Copernicus College, the first Polish MOOC. My activity in the field of popularizing science focuses not only on my scientific specialization, namely cognitive science, but also on the evolutionary theory. I live in Kraków. 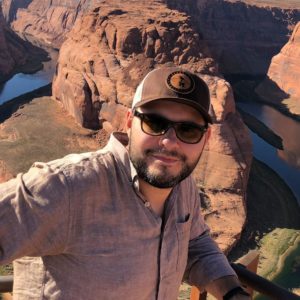 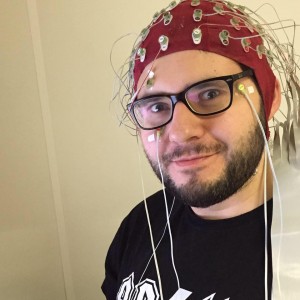 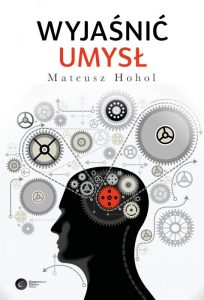